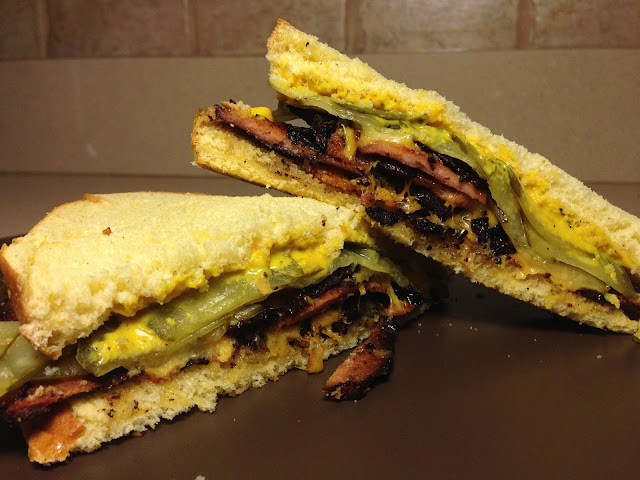 If you would have told me that I was going to make a blog post about trying to create a fried bologna sandwich at any point in my life (and pretty much including right now), I would have said that you were crazy. Bologna is one of my most hated foods, and I am not a picky eater. In all honestly, I haven't probably had bologna since I was 10 years old, and I hated it then.

Recently though, I have noticed that fried bologna sandwiches are becoming en vogue. I have seen them pop up on menus around town, and Lucky Peach just did a recipe on bologna cups.

This revelation got me thinking that maybe I had been missing out on something delicious, so I decided I was going to make one.

First, I went to the farmer's market and found some bologna that I thought looked decent. I went with a veal bologna with a picture of some guy that looks like he may know what he's talking about on it. I also picked up some of my favorite sour pickles. My plan was to slice them ultra thin and layer them on the sandwich. I figured a mixture of sour pickles and mustard would make the bologna better if it tasted horrible. Oh yeah, and a slice of cheddar. Cheese would definitely help this sandwich. The bread is a pre-sliced brioche. I used this cause I already had it at my house. 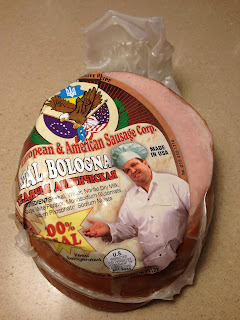 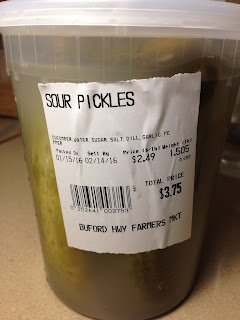 With my main ingredients in place, the sandwich pretty much put itself together after that. I fried the bologna in a skillet, and a disturbing amount of inflation and fat leakage occurred.

I then threw in the slice of cheese to melt on top--this is something I had seen Joe do, so I figured it was proper fried bologna sandwich protocol.

With everything ready, it was time to put this thing together. I had been skeptical up until this point, but, honestly, it really didn't look that bad. 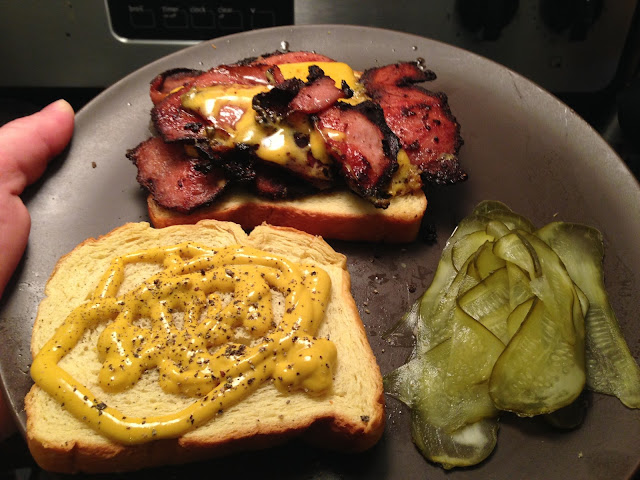 I put it all together, cut it in half, took a bite, and didn't vomit. Actually, it was pretty damn good. Definitely not an all-the-time kind of thing, but it was pretty good. I even started telling people about how good it was and showing them pictures of it on my phone. Most people didn't care. 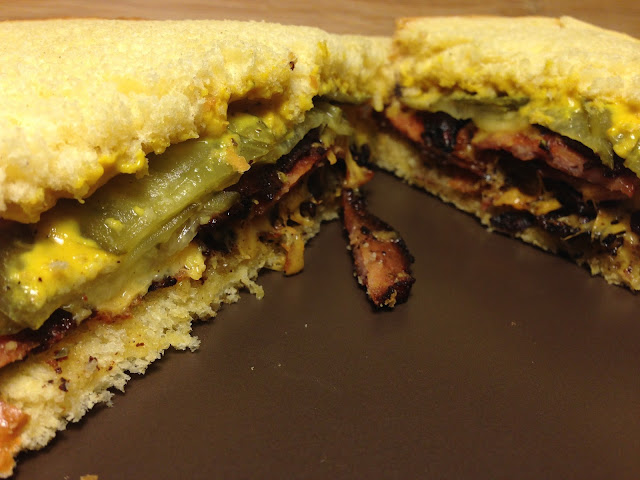 So there you go, fried bologna sandwiches are pretty damn good. People are putting them on menus for taste and not just kitsch. I look forward to trying a super-fancy one sometime.