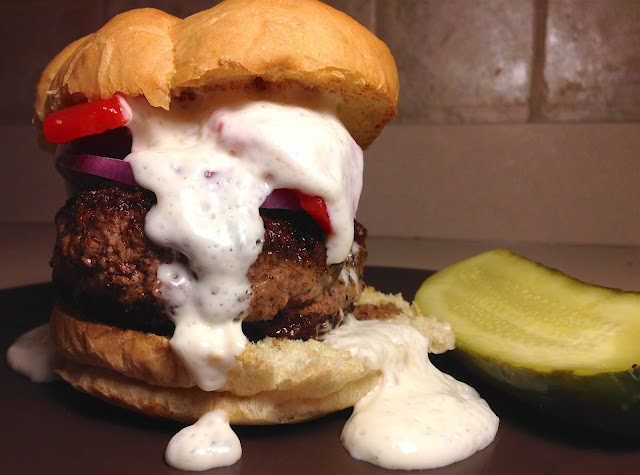 At first I was slightly confused as to what I could do with week seven's theme of air. Part of the reason I am doing this challenge is to push the boundaries of what will actually fit in each theme, and I didn't want to do something too obvious. I figured everyone would do some kind of whip cream siphon inspired dish, but I decided to do one anyway. A few years ago, I was obsessed with making pimento cheese whiz--so much so that a small piece of a pimento broke my last whip cream dispenser. I think I made actual whip cream in the dispenser once.

This time I decided to make a homemade goat cheese whiz and pair it with whatever I felt like eating, which ended up being a lamb burger and a garlic/dill microwave bread for an appetizer.  This recipe is really easy for the most part. The lamb burger was seasoned with salt and pepper and seared in a cast iron skillet. The homemade goat cheese whiz was made by making a mornay sauce with goat cheese and loading it into a whip cream siphon. The garlic and dill microwave bread is loosely based on this recipe (very loosely). I added garlic (smashed into a paste) and dill (stirred in after I squirted the "dough" in the paper cups), and I took out about half the sugar. When the bread was done, I toasted it in the oven. Pretty good--I wasn't sure how it would turn out, because I have never made microwave bread with a siphon before. I love making homemade cheese whiz, and I definitely plan on making it again. Next time, I think I will try a blue cheese. 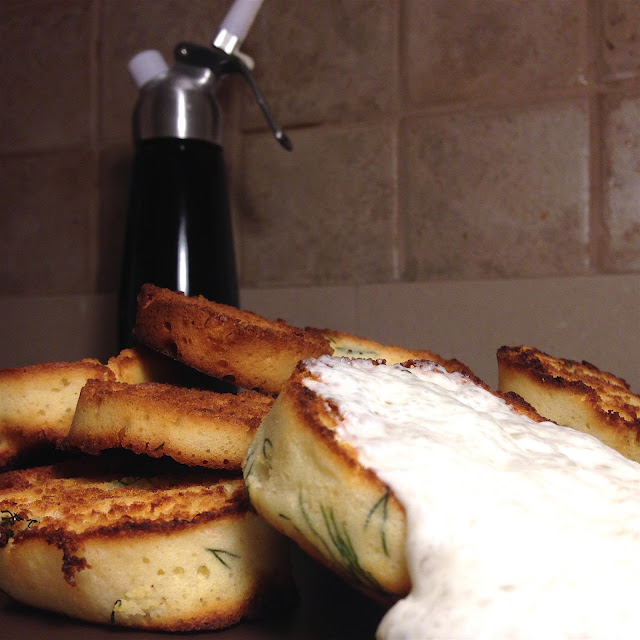