Over the ten (on-and-off) years I was in college, I spent a lot of time at the library. Almost every Sunday for a few years, I would ride my bike down to the Georgia State University library, sometimes order a pizza, and either do homework, do work-work, or browse the seemingly endless collection of journals, archives, and books. I became fascinated by the different articles I could find: film, bossanova, diseases, literature, pretty much anything. Not to mention the library's extensive DVD collection with a very flexible rental policy. 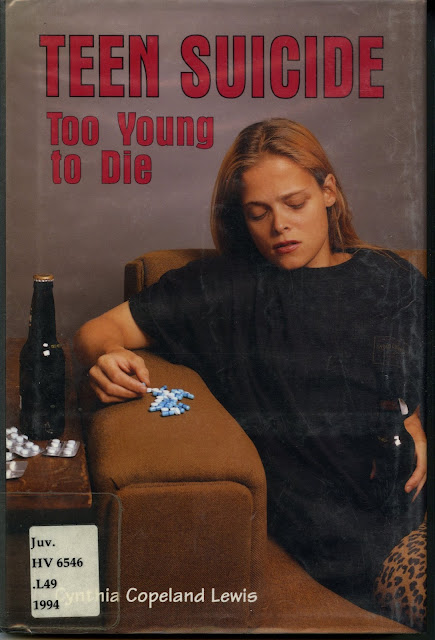 First off, there is nothing humorous about suicide, but that cover definitely doesn't make me too concerned. The title itself sounds like a punk album or an old exploitation film: TEEN SUICIDE! TOO YOUNG TO DIE! 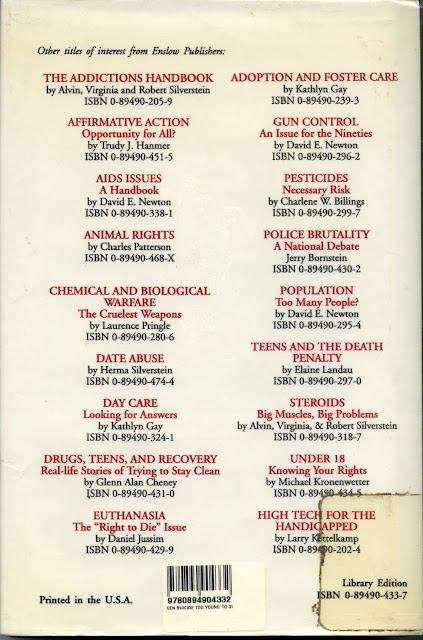 The titles advertised on the back of Teen Suicide read like elevator pitches for every Lifetime movie made in the 90s. 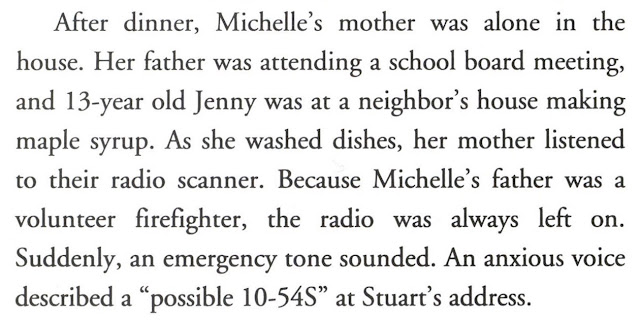 Possibly the most puzzling passage in Teen Suicide is the narrative of young Jenny making maple syrup. I wasn’t entirely aware of what the process is to make “maple syrup,” so I looked it up. Making maple syrup looks really hard, especially for a 13-year old. Jenny was really busy when her day took a horrible turn for the worse, which probably made her pretty mad. 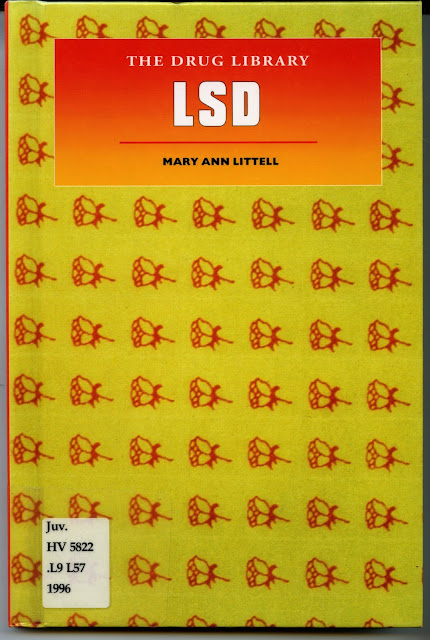 Then there is the LSD book, complete with blotter paper styling on the cover. 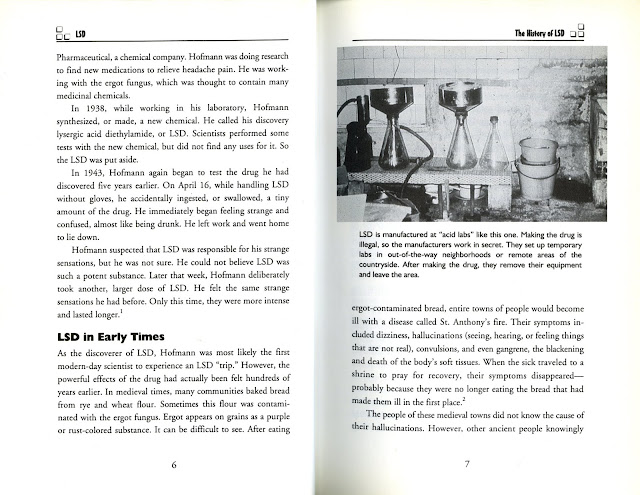 The early history of LSD (see "LSD in Early Times") actually sounds like a really interesting story. I think there is a lot of fertile ground for a medieval period piece where an entire town is tripping balls. Not only do they tell us the history of LSD, but they also show us a picture of a modern acid lab. The caption of the acid lab picture states the most obvious conclusion to something that would happen if you owned a mobile acid lab: "After making the drug, they remove their equipment and leave the area." 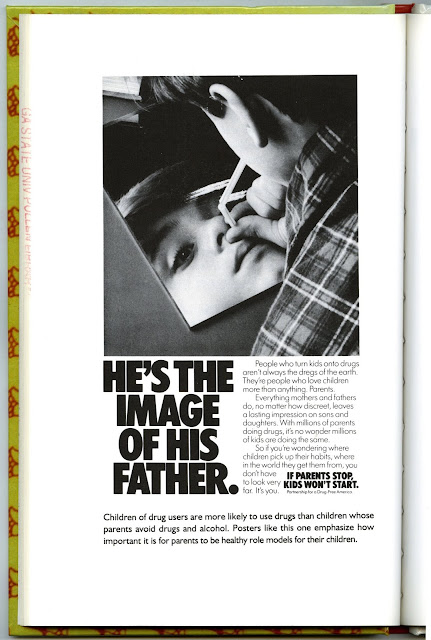 And what 90s anti-drug book is complete without Reagan-area Campaign Against Drugs propaganda? What could have driven home this message more would be if the person snorting coke was the father, and the reflection was the son. You wouldn't do drugs then, would you asshole? It looks more like the kid has some kind of tubular growth coming out of his nose that he is touching to a mirror for some reason. 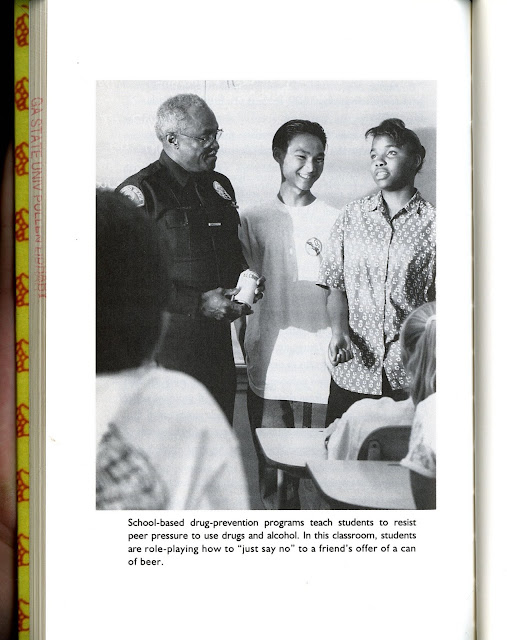 It does make me happy that the publisher decided to include a picture of the funniest day of school that year. There is something endearing about the oddly specific question, "Do you want a can of beer?" 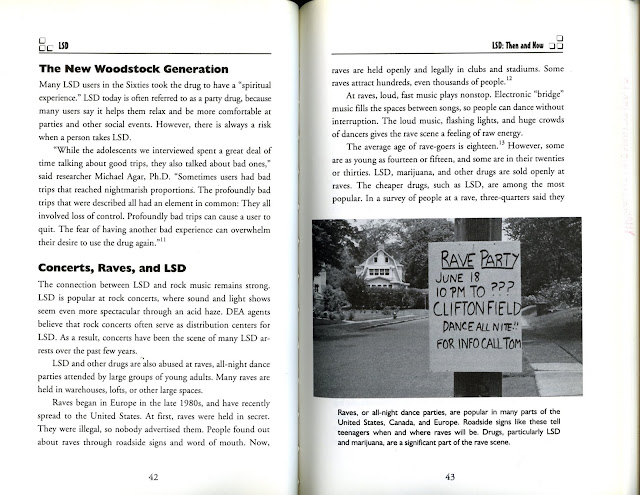 The main weird draw of this book is the explanation of raves and dance music. We all know that "people [find] out about raves through roadside signs" and that "at raves, loud fast music plays nonstop. Electronic 'bridge' music fills the spaces between songs, so people can dance without interruption. The loud music, flashing lights, and huge crowds of dancers give the rave scene a feeling of raw energy." 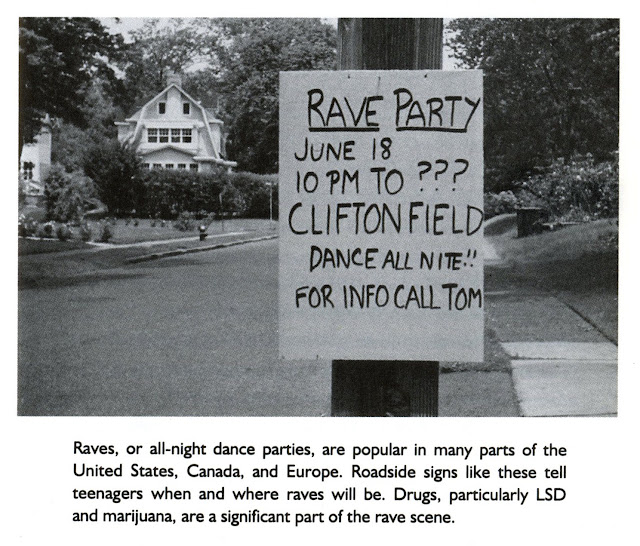 Seriously. I would have to go to that party on principle alone. They put up a sign that is definitely not fake. Just call Tom. He has got the details. Don't know Tom? Too bad.

***
Since college, I have not stopped collecting strange outdated books. If I ever get around to it, I'll scan some more (here's looking at you Mysteries of the Unknown). More-than-likely, the books will just remain in my "archive" a.k.a. junk pile.