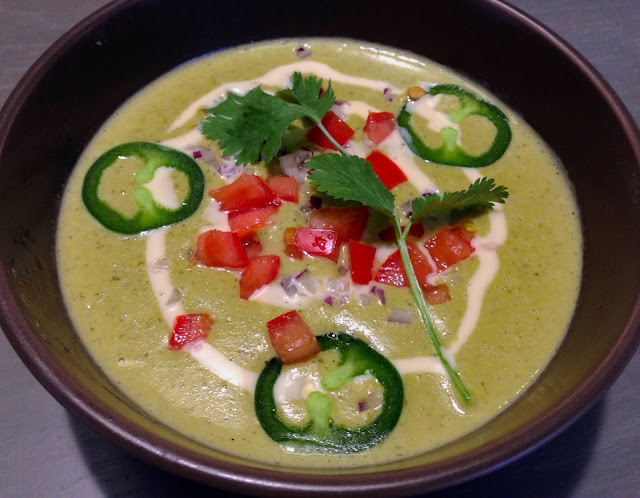 I had been wanting to join the 52 Weeks of Cooking Challenge on Reddit all last year, but I didn't want to start in the middle of the year. So, I started the challenge this year. I guess this is my personal challenge/resolution for 2016. I already cook weekly, so the challenge lies more in sticking to the weekly themes, thinking of different and creative preparations, plating the dishes, and taking (hopefully) interesting pictures of the food. I also talked my brother into joining, so there is a little bit of friendly competition (which I love).

The first weekly theme was soup, and lucky for me I had recently discovered a soup recipe that I was dying to cook. Over Christmas 2015, I traveled all over the Yucatan Peninsula in Mexico visiting ruins and eating a lot of food. I had amazing tacos, chilaquiles, huevos rancheros, moles, flautas, soups, and fajitas (and tequila and mezcal, but that's a different story). My favorite meal of the trip was either the tacos from this one place in Tulum, or, and more-than-likely, a tomato and avocado gazpacho called divorced gazpacho that was at a restaurant in Valladolid. This isn't a recipe for either of those. This is a recipe for Crema de Cilantro, a delicious cream of cilantro soup.

I found this recipe in a cookbook that Leigh and I picked up at a used bookstore in Puerto Morelos. Leigh loves cilantro, so this recipe was a shoo-in for the 52 Weeks Cooking Challenge.

My version of this soup is slightly different than the cookbook's. I used mexican crema and veggie broth instead of milk. Here's the recipe with my changes: